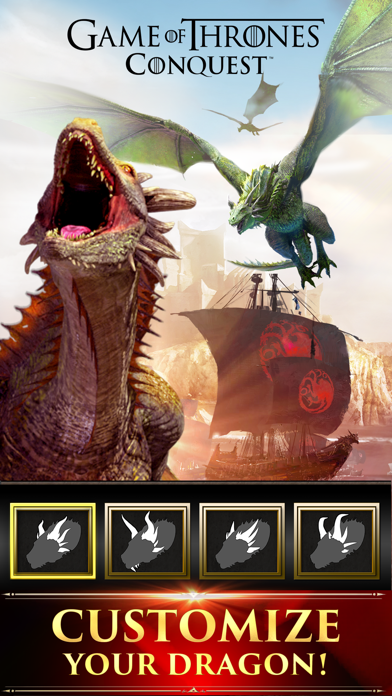 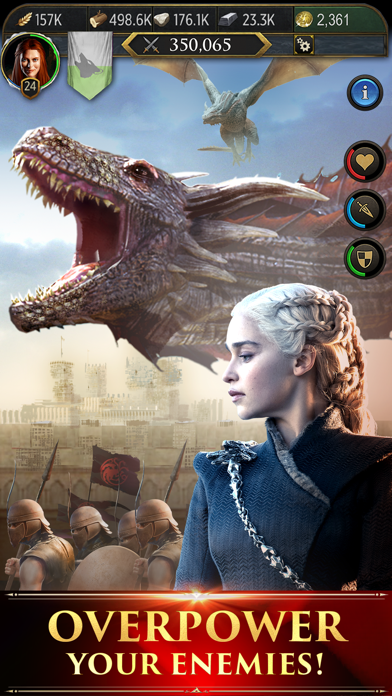 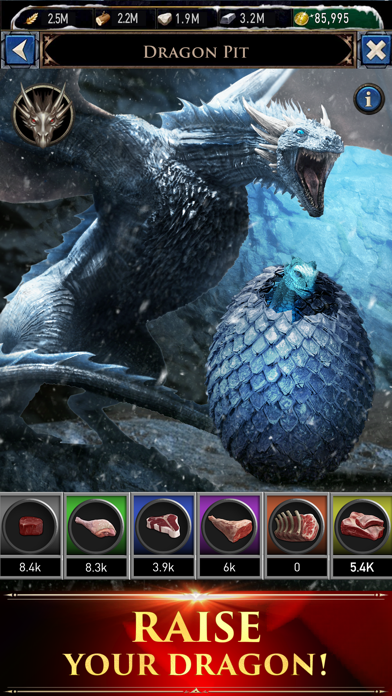 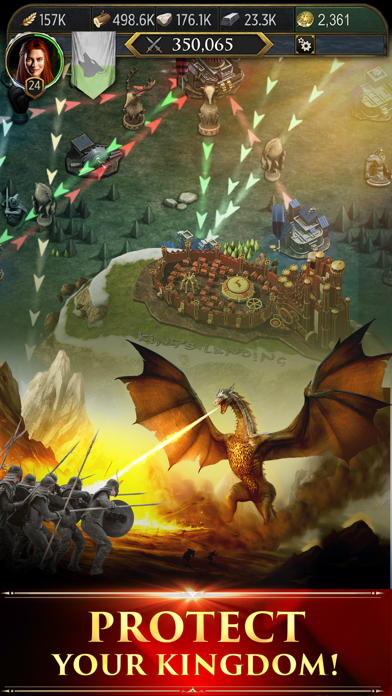 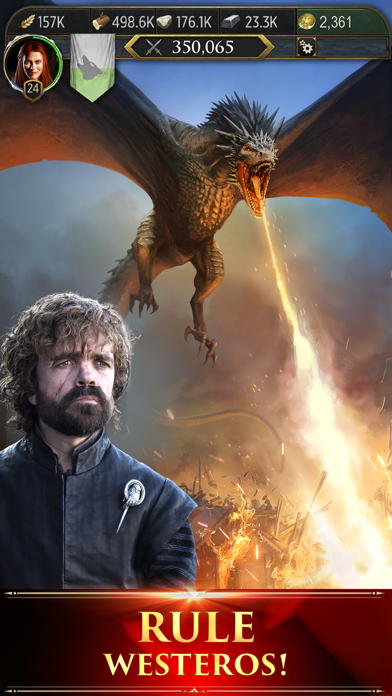 应用介绍
Train an army, grow your dragon, battle to conquer Westeros and rise to dominance with your allegiance!

Experience the official GoT empire-building strategy experience on mobile with Game of Thrones: Conquest. Westeros is at war. Great houses clash, dragons rule the sky, and the army of the dead threatens the realm. Build your kingdom and forge alliances! Raise and train your dragon, command an army, and march to explore and conquer new territories. Collect your favorite characters from GoT and level them up RPG style to strengthen your Small Council or your army! If you enjoy deep, immersive strategy games, where rallying alongside your allies into battle is the path to victory, this one’s for you!

Collect Heroes
• Collect your favorite GoT character Hero cards, from Rare to Mythic
• Level up each hero RPG-style, to unlock signature and star skills
• Assign Heroes to Small Council slots to boost battle and production stats supporting your conquest strategy
• Take Heroes into battle and secure more victories with unique bonuses
• Over 60 GoT Heroes available to collect, from Daenerys: the Mother of Dragons to Rhaegal: the Green Fury

Build Your City & Army
• Become a Lord of Westeros: Build a great house and create your sigil. Gather resources to build your keep, grow your army and set out to conquer!
• Train different troop types for a strategic army composition: Infantry, cavalry, ranged and siege
• Fight using enemy weaknesses to your advantage, or reinforce with traps to fight defensively and protect your kingdom’s riches
• Research crucial technologies for civilization advancement and for battle at the Maester’s Tower. Create powerful weapons, armor and trinkets to help you fight at the Forge

Stand with your Allegiance
• Game of Thrones: Conquest features an innovative tiered alliance structure, where bending the knee grants power through numbers, and allows the best allegiances to rise and conquer!

Raise Dragons
• As a house Lord, you’re entrusted with a dragon egg. Hatch it, grow your own dragon and train it to become the ultimate weapon in the battlefield! Will you use your great dragon to fight your enemies or to protect your kingdom? You decide!
• Customize your dragon to become the pride of your empire: choose among body and eye colors, scale patterns and horn shapes

Live the Fantasy and Rise to the Throne!
• Master strategy like a true king, with an innovative pledge system: recruit bannermen, fight battles with allies and live out the GoT RPG fantasy of conquering King’s Landing, claiming The Iron Throne and ruling over the Seven Kingdoms

Conquer Seats of Power
• Conquer 120+ iconic GoT Seats of Power like Winterfell and Dragonstone. Defend your strongholds, as each one endows you with military and economic upgrades for your kingdom
• Seat of Power level determines the power needed to siege one, and rewards bestowed on those who hold it. Can you march on King’s landing and sit like the king watching over his empire on the Iron Throne?

Kingdom Vs. Kingdom
• Plan, execute and win in PvP events, featuring a series of rewards as players fight and defeat other kingdoms in battle. Empires will fall!

Venture together into Battlegrounds
• Go battle beyond the reaches of civilization, to conquer the unforgiving lands North of The Wall, with The Great Ranging and Titans of the North
• Rise up to the challenge and fight against unyielding beasts which require tight coordination to be defeated, and reap the rewards!

With a unique GoT experience on mobile, combining Strategy and RPG elements, Game of Thrones: Conquest offers unending online battles and thrills. 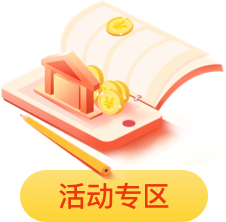